The Trouvère Chanson and its Performance

The trouvère chanson is one of the most important and exquisite poetic and musical creations of the Middle Ages. It first developed from the troubadour tradition of Southern France (in langue doc), but rapidly grew into a distinct and diversified repertoire responding to its specific linguistic, politically, social, historical and cultural context. The trouvère chanson found itself at home in the courts and cities of northern France, and was practiced by both aristocrats and the middle class. The survival of a large amount of chansons copied with melodies and descriptions about their performance help us to reach conclusions about the repertoire and its performance conventions.

This online course offers a comprehensive study of the trouvére chanson focusing on an examination of its principal composers and musical sources, its main poetic-musical structures and genres, its historical and cultural context, and its performance practice (vocality, rhetoric, rhythm, ornamentation, and instrumental accompaniment).

Analysis of the poetic-musical structures of the trouvère chanson

Exploration of the Grand chant and other genres

Discussion about the most important composers and their pieces

Study of the performance practice of the trouvére chanson including a discussion about voice production, expression, rhythm, and instrumental accompaniment

Duration and Frequency of the Course

The course is open from October through December. It comprises 6 lessons that will be posted once a week during the first 6 weeks (October 1st-November 15). Live Q&A sessions will be conducted biweekly through the first six weeks of the course and will be recorded so that students can access them at any time. Students can work at their own pace throughout the three months, with access to the pre-recorded video lessons, accompanying materials, and the course forums.

Musicians, musicologists, and people interested in Medieval music and the Middle Ages in general (with or without experience playing medieval musical instruments)

What Our Students Say

The Online Summer Course was amazing. The content was very well organized, very didactic, with a lot of information distributed weekly. I had the opportunity to go deeper into the subject and was able to organize the course according to own pace and time. Highly recommended for everyone who loves medieval music and its context, and who also wants to go deeper in the subject. 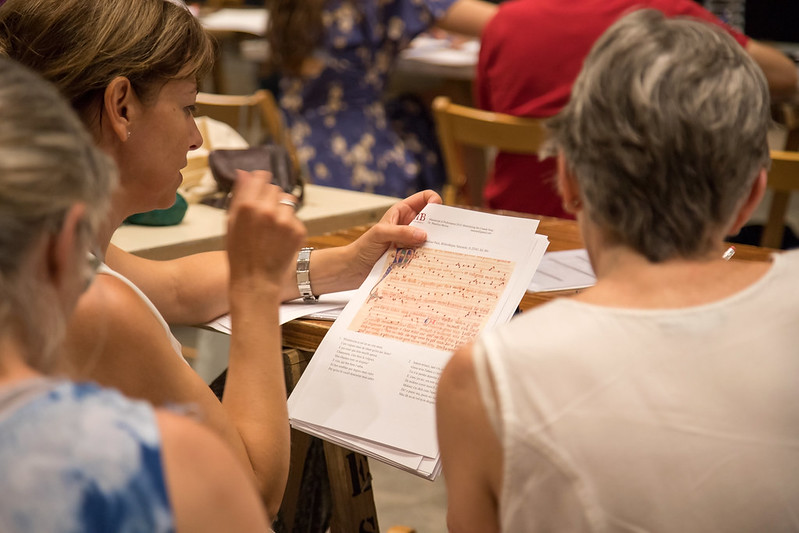