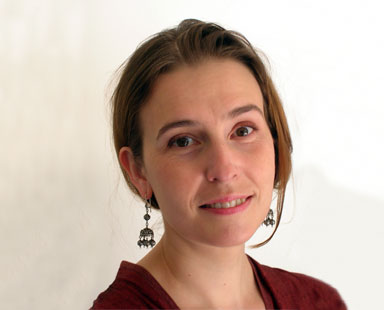 Katarina Livljanić, singer and musicologist, is one of the principal international specialists in medieval chant performance. She directs the vocal ensemble Dialogos, specializing in medieval chant and liturgical theatre of the Glagolitic tradition. For her work in this field, she was decorated for cultural achievement in 2002 by the president of Croatia and received in 2016 the title Chevalier des Arts et des Lettres by the French government. Katarina obtained a Ph.D. at the Ecole Pratique des Hautes Etudes in Paris, based on research of medieval chant manuscripts of Southern Italy.

Katarina is currently Maître de conferences in medieval music at the Sorbonne University in Paris where she codirects a medieval music performance Master programme. She has been also a visiting lecturer and directed a Gregorian chant schola at Harvard University. In 1998 she founded a chant performance program at the University of Limerick in Ireland. She is regularly invited to numerous universities in Europe, in the United States and Canada as a teacher and resident artist. She has emerged as an important international speaker about medieval chant performance and publishes articles in specialized reviews wordwide.

The International Course on Medieval Music Performance offers singers and instrumentalists the possibility to study monophonic and polyphonic repertoires composed in the 12th and 13th centuries.